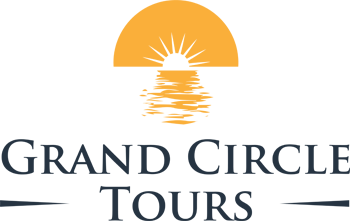 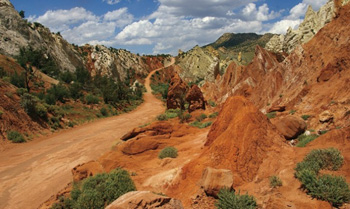 This is a trip designed for the customers with little interest in hiking and lots in photography. We drive through the heart of the Grand Staircase-Escalante and it’s incredible landscape. Multiple views are available to photograph all day and several stops will give you different landscape options to photograph. The East Kaibab Monocline runs from the Grand Canyon in Northern Arizona to the Straight Cliffs of Southern Utah. This area is one of the most scenic and unusual on the Colorado Plateau. We will stop several times and take our time in each area so you never feel rushed during the trip.
View options include the cockscomb, Yellow Rock overlook , candy land, Grosvenor Arch. This is a great choice for a relaxing trip through the back country and you are destined for unusual photos.
This is a full day tour lasting about 7- hours total.
Day Tour $199 per person
Photo Tour $269

The Grand Staircase Escalante National Monument is a huge chunk of public land engulfing much of the Southwestern Utah desert. The national monument is a 1.9 million acre (1,870,800 federal/15,000 privately owned) oasis of mostly primitive land strewn with streams, monoliths, slot canyons and scientific treasures galore. This parcel of land dominates the rural southern section of the state of Utah, protecting as much as two-hundred-million years of history within its boundaries. This vast oasis provides a record of geological, biological, paleogical and archeological data that will be used to fill many text books in our future. The remote and pristine Grand Staircase-Escalante has preserved a wealth of original populations of flora, fauna, new species of dinosaurs and Ancestral Puebloan (Anasazi) artifacts.

The Antiquities Act: The Grand Staircase-Escalante National Monument is a large area of primitive land that was set aside by presidential proclamation so that historical data can be studied and preserved. Congress gave Presidents the authority to designate land a monument through the Antiquities Act of 1906. In 1996 President Clinton used this law to protect the vast wilderness of southern Utah.

Colors and Age of the Grand Staircase:
The Grand Staircase is made up of five tilted, southward, facing escarpments called stairsteps. The stairsteps rise 5500' and range from the North Rim Grand Canyon through Zion canyon to the uppermost riser, the pink cliffs of Bryce Canyon. Although there are other exposed areas of claron formation, geologists usually think of Bryce Canyon, Red Canyon and Cedar Breaks when speaking of pink cliffs. The steps of the Grand Staircase are described by their colors: chocolate, vermillion, white, gray and pink. The bottom step is made of limestone and is known as the North Rim Grand Canyon. Interestingly however, the Grand Staircase-Escalante National Monument does not include Zion, Bryce, Red Canyon, Cedar Breaks or the Grand Canyon although they are all part of its geological make-up.

Oldest: Chocolate Layer - Grand Canyon
Chocolate Step - The North Rim of the Grand Canyon is the oldest and the bottom layer of the Grand Staircase. Made up of Kaibab limestone, it formed between 200 to 225 million years ago. The Chocolate layer is found between Kanab and Fredonia and the bottom layer of Kaibab limestone forms the rim of the Grand Canyon and the surface rock underlies most of the Kaibab Plateau.
Vermillion Layer - Kanab
Vermillion Cliffs - These reddish or vermillion colored cliffs are about 165 to 200 million years old and are found along highway 89 near Kanab. They are made up of deposited silt and desert dunes.
White Layer - Zion Park and Mt. Carmel Jct.
White Cliffs - These are the magnificent white towering Navajo sandstone cliffs seen in Zion National Park. The White layer is the eroded cliffs in the Navajo sandstone of Zion Canyon and the White Cliffs found in Mount Carmel junction. This white capped thin layer was deposited about 150 million years ago on top of the temple cap formation during the time when streams moved over the Navajo Desert and was later covered by great dunes of sand.
Skutumpah Terrace - The Skutumpah Terrace is located between Zion National Park and Bryce Canyon inside the Grand Staircase-Escalante National Monument. It's made up of carmel formation limestones.
Gray Layer - Between Zion Park & Bryce
Grey Cliffs - This step is made up of soft Cretaceous shale and sandstone that was deposited around 130 million years ago. It is as old as the dinosaur and is seen in Mount Carmel Junction and north of Kanab. These are the middle areas of the Grand Staircase, along highway 89 between Zion National Park and Bryce Canyon.
Youngest: Pink Layer - Bryce Canyon
Pink Cliffs - This 50 to 60 million year old rock is the exposed claron formation found in Bryce Canyon, Red Canyon and Cedar Breaks.
Paunsaugunt Plateau - Bryce Canyon is the jagged edge of the Paunsaugunt Plateau bordered by hwy 12 to the north and hwy 89 to the west. Paunsaugunt means "home of the beavers" and the name was given by John Wesley Powell.